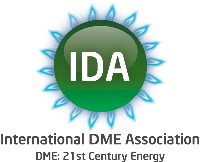 SACRAMENTO, CALIFORNIA, 24 September 2020 | A bill passed unanimously by the California Legislature and signed into law by Governor Gavin Newsom today defines the tax rate for DME used as either a diesel replacement or blended with propane, and how it would be sold at retail to consumers.

California Assembly Bill 2663 effectively lowers the tax rate on DME to parity with other alternative fuels, removing a barrier to adoption for fleets looking to lower their carbon footprint and emissions through use of DME.

Authored by California Assemblymember Eduardo Garcia, AB 2663 was one of seven bills signed by the Governor, the bills characterized as “legislation that further advances California’s climate leadership and transition away from fossil fuels”, and coincided with the Governor’s release the day prior of an Executive Order that, among other things, directs California to require that by 2035 all new cars and passenger trucks sold in the state be zero-emission vehicles, as well as transitioning all medium- and heavy-duty new truck sales in the state to zero-emissions by 2045.

The Governor’s signing of AB 2663 recognizes the value of the contributions that DME can make towards environmental stewardship and innovative, low-emission, clean technology solutions to reduce the carbon footprint of transportation – not only with the immediate and near term benefits DME can provide as a replacement for petroleum diesel and for blending with LPG to reduce its carbon intensity – but also in the longer term with DME’s value as a hydrogen carrier to power the growing fuel-cell electric vehicle market, which is going to play a critical role as California transitions over the next two decades towards zero-emission passenger cars and light-, medium-, and heavy duty trucks.

Office of the California Governor >